This Saturday Penn State's game against Michigan State will kick off at 3:30 p.m. at Beaver Stadium on ESPN. This was announced Sunday afternoon. The Nittany Lions are coming off of back-to-back wins against Michigan and Rutgers, their first 2 wins of the year.

Penn State opened their season with an 0-5 start which was a record setting loss streak before they won the last 2 games. The game against Michigan State this weekend should be a good one.

Michigan State owns the all-time series lead over PSU 17-16-1, and the teams have split the last four matchups. Last year, Penn State won over Michigan State 28-7 for their 8th consecutive win of the season.

After the win last week against Rutgers it seems as though Penn State may be finding their identity again.. they had their largest halftime lead of the season. Though it may be tough to take the losses at the beginning of the season as coach Franklin said "Most...

Penn State Football is finally back this Saturday, October 24th! The Penn State Community is very excited to get to watch the team play and be back to somewhat of a normalcy in Happy Valley.

UNIVERSITY PARK, PA. — As the Big Ten returns to competition and Penn State’s fall sports season ramps up, the University’s commitment to its strong partnership with the local community is playing a central role in planning to support Penn State...

ALL ABOUT PENN STATE- Penn State Football is back!

The Big 10 announced this week that they are going to resume the 2020 football season. That means Penn State Football is back!

They announced that the season is set to begin Oct. 23-24. The release included significant detail about daily testing for COVID-19 and the establishment of a cardiac registry to determine the virus' effects on athletes.

If a player is diagnosed with COVID-19, he must wait 21 days before returning to play. Daily testing will begin by Sept. 30, the conference said.

ALL ABOUT PENN STATE: What will Penn State Sports look like this Fall?

With the Fall season approaching, everyone has one question- What will Penn State Sports look like this Fall? Fall sports are a staple in the town of State College, PA.

Penn State was among the 11 Big Ten schools that voted in August to postpone the 2020 fall sports season, according to Sports Illustrated's Pat Forde.

The Big Ten said Monday that its Council of Presidents and Chancellors voted 11-3 to postpone fall sports. The result "far" exceeded the conference rule that 60 percent of the presidents agree to pass votes, according to the Big Ten. Ohio State, Nebraska and Iowa voted against the measure, Forde reported.

Penn State University, located in State College and founded in 1855, has seen countless students come and go over the decades. These students have been instrumental in shaping the history and traditions that many Penn State fans hold near and dear today.

From the very beginning, Old Main was a hub for students. Now serving as an administrative office, it’s one of the university’s most enduring landmarks. Originally built in the 1850s and rebuilt around 1930, this grand building has seen decades of Penn State history unfold on its front steps.

Old Coaly stayed on to work at the university and surrounding farms, and he became a student...

ALL ABOUT PENN STATE: The Pegula Ice Arena & PSU Hockey

Located on the corner of Curtin Road and University Drive in State College, it’s named after its primary donors, Kim and Terry Pegula, who made the largest donation in Penn State’s history to help build the rink.

Penn State's men’s hockey program first began in 1938, but the current program traces its beginnings back to 1971 when the program was restarted on a non-NCAA level. The women’s team began as the “Lady Icers” during the ’96-97 season as a club team, and like the men’s team, played in the American Collegiate Hockey Association.

Contact Me
Questions? I'm Here to Help
Recently From Our Blog 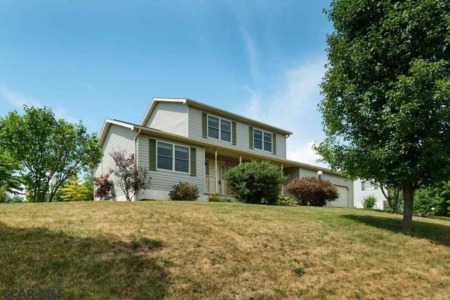 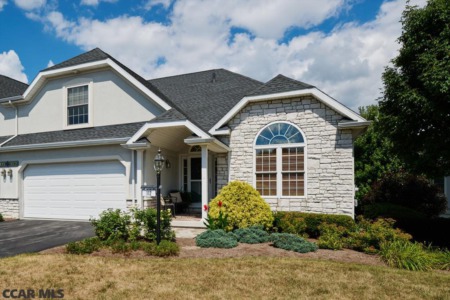